G is for Gideon 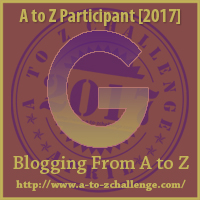 In June 1961, a burglary occurred at the Bay Harbor Pool Room in Panama City, Florida.  Later that day, a witness reported he had seen Clarence Earl Gideon in the pool room that morning. Based on this accusation, the police arrested Gideon and charged him with breaking and entering with intent to commit petty larceny.

Gideon asked the court to appoint an attorney to represent him, because he couldn't afford one.  The Florida court denied his request, citing Florida law which only appointed attorneys for indigent defendants who were charged with capital crimes [subject to the death penalty].  Gideon represented himself, cross-examined the state's witnesses, and called his own witnesses.  He was convicted and sentenced to five years in prison.

From his cell at Florida State Prison, and using the prison library, Gideon wrote his appeal to the United States Supreme Court in pencil on prison stationery.  Wainwright was the current Secretary of the Florida Department of Corrections.  Gideon argued that he had been denied counsel and, therefore, his Sixth Amendment rights had been violated.

The Supreme Court accepted his case [which wouldn't have happened in recent times because it wasn't typed (as noted by the first comment, an inmate without an attorney can submit documents without typing, so long as they are legible and meet other requirements.  See link in the comments section.  Thanks for that correction!)] and assigned Gideon a prominent Washington, DC attorney, future Supreme Court justice Abe Fortas.

After briefing and argument, the Court ruled that the assistance of counsel, if desired by a criminal defendant who could not afford to hire counsel, was a fundamental right under the United States Constitution, binding on the states, and essential for a fair trial and due process of law.

The decision created and then expanded the need for public defenders at both the federal and state levels.

In the subsequent cases of Massiah v. United States and Miranda v. Arizona

[see my “A is for Arizona” post on April 1, 2017], the Supreme Court further extended the rule to apply even during police interrogation.

It does not apply to traffic offenses and other offenses where the defendant is not facing any jail time.

After the Supreme Court decision in Gideon, about 2000 individuals who had been convicted were freed in Florida alone.  Gideon himself received a new trial with the appointment of defense counsel at the government's expense.  At his re-trial in August 1963, his attorney picked apart the testimony of eyewitness Henry Cook, who testified among other things that he'd watched Gideon walk from the pool hall to a phone, and then wait for a cab, carrying a bottle.  The cab driver who had taken Gideon from Bay Harbor to Panama City, Florida, testified that Gideon was not carrying a bottle when he picked him up that day. In opening statement and closing argument, the attorney suggested that Cook likely had been a lookout for the actual thieves.

After just one hour of deliberation, the jury found Gideon not guilty.

The movie Gideon's Trumpet, starring Henry Fonda, is based on this case.  I saw it in my high school civics class.  The movie ran longer than our class period, but every single student stayed to watch it to the end.  I highly recommend it.

Did you guess right?
Here's Monday's hint - H is for Healthcare.  Can you guess the case and what it's about?  Leave a comment!
Posted by Dena Pawling at 6:00 AM