No arbitrary cutting of trees

Here's a case from December 2020 in the United States Court of Appeals for the Fourth circuit.  Here's a map of the circuits. 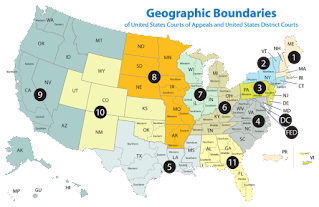 This case is called Columbia Gas Transmission v Janet & Melvin Haas and is an appeal of a case from the District Court for the District of Maryland.

Columbia Gas Transmission sued Haas for breach of contract, to enforce a pipeline right-of-way agreement over the Haases’ residential property. Columbia claimed that a 40-year-old Japanese red maple tree on the property interfered with its contract rights and the safe operations of its natural gas pipeline.

The recorded easement provided that a pipeline could “be constructed and maintained below cultivation, so that the property owner may fully use and enjoy the premises, subject to the rights of the pipeline operator to maintain and operate said line.”  Under the recorded easement, “the planting of trees is limited only to the extent that it actually interferes with the maintenance and operation of the pipeline.” 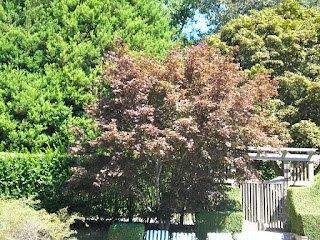 More than 40 years later, Columbia put a flyer on the Haases’ front door informing them that vegetation clearing in the easement would begin.  Columbia sent a contractor to remove the tree.  Haas called the police, and officers directed the Columbia personnel to leave the premises.

At trial, Columbia's expert testified that trees located in rights-of-way are hazards to pipelines. He explained that pipeline companies assume that the roots of trees are threats to pipelines because it is “proven” in the industry that tree “roots go to the pipeline and compromise the coating and allow the pipe to corrode.”  Additionally, he testified that the canopy of the tree will block aerial observation of the pipeline.  Therefore, industry standard is to remove all trees from pipeline easements.  The Japanese red maple had been a potential threat since it was first planted in 1976.

Haases' expert explained that Japanese red maples have “very shallow root systems” and are used often in landscaping because their roots do not damage nearby sidewalks and structures. He advised that the average root depth of such trees is 20 to 24 inches and that the roots of the Haases’ tree would not be deeper than 27 inches.  He also testified that the root tips of a Japanese red maple are “really fine, almost like hair” that very easily break off because they are “tiny and fragile.”

Columbia’s expert agreed that Japanese red maple trees are generally known as having a shallow and non-invasive root system.

The court found that the pipeline passed approximately two feet from the trunk of the tree, and that the pipeline was between four and five feet (48-60 inches) below the ground.  Because (1) the tree’s roots were substantially shallower than the pipeline, (2) an inspection of the pipeline only has to take place once a year and could be conducted in winter, and (3) the tree had coexisted with the pipeline for more than 40 years without complaints or issues, Columbia had an obligation to present stronger evidence of interference before it could remove the tree.

The Haases kept their tree.